My father and grandfather both miners in the Welsh valleys, had a saying 'the tools are on the bar' to call the end of a shift. 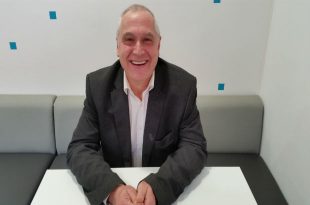 At the end of October and after 41 years of public service, I will be placing my 'tools on the bar' for the last time.

When I first started in the Civil Service on a hot August day in 1975 many of my colleagues had served in the Second World War, smoking was commonplace and office parties were the stuff of dreams.  It was a gentler time when you went to work in a suit, addressed your manager by title and queued up for your daily 15p luncheon voucher.

But for today’s blog

I need to fast forward some 30 years to the 25th July 2005.  The Office of the Regulator of Community Interest Companies had opened its doors for the first time and I was the Office Manager.  Helen Huish was with me on day one and will be alongside me on my final day.  It will be emotional.

As well as trying to make sense of the Act and Regulations.

A step in to the unknown

Lots of people wanted to be the first CIC but we would not give preference to anyone, a principle which has stayed to the present day.  It fell to 'Talentstar' a company based in the North East searching for young talent in the music industry to take the title, 'The Official Number One CIC'.

By any yardstick, CICs have been a remarkable success story. Parliament expected about 200 applications a year, we now register more than that each month.  When Helen and I sat around that table wondering what type of businesses would become a CIC, little did we know we would have a CIC like Bristol Community Health with a turnover of £45m employing 1100 staff.  They now operate in every economic sector from Lands End to John O’Groats and have changed the social enterprise landscape.  CICs are a global phenomenon and I have been lucky to play a small part in its story.

The Father of CICs

The late Stephen Lloyd is rightly regarded as 'the father of CICs' because he dared to dream that there could be a new type of company. One which had:

The last time I saw Stephen, he called me to one side and asked how many people were employed by CICs.  We had both just spoken at an event but this was a question I had never been asked or indeed had never thought about it.

Changing face of the Regulator

I have been fortunate enough to have worked with three Regulators:

All different and all charged with the heavy responsibility of protecting the model and making it relevant.

For me, John moved on too soon, an inspirational character, full of passion, energy and integrity he helped shape the values we hold dear.  Sara loved her job, she listened to the sector and rightly changed the dividend cap not once but twice.  She was a passionate speaker who disliked Powerpoint, usually having one single slide called the 'CIC Bubble'.  Ceri has been with us just over a year and is:

We have seen our Twitter followers increase to over 1,000 in less than a year.

I cannot close without paying tribute to the best team I have worked with.  In eleven years, only four people have moved on and all five have worked with me for over seven years.  I wanted us to be different, an office that would be:

We have done just that.  We have shared laughter and tears over the years but we have always been there for each other.  Ann, Helen, Jaci, Marilyn and Natalie take a bow!

I also want to wish my successor Anne Vincent all the luck in the world.  I have worked closely with Anne these last few months. She is extremely able, friendly and engaging and I am confident that the future of CICs is safe in her hands.

And so it’s time for me to exit stage left or as my dear dad would have said: