A night to remember for the Regulator of Community Interest Companies showing her support for CICs and social enterprise in Scotland.

The ceremony was held in the Garden Lobby of the Scottish Parliament. Winners were announced for:

The awards are an opportunity to showcase how innovative CICs and social enterprises are improving the Scottish economy and society. It helps them gain recognition for their achievements and raises their public profile.

The Regulator was delighted to see and meet so many of the CICs present, including:

CICs represented the wide range of community benefit provided in Scotland. Many were also nominated for awards in recognition of their outstanding work.

The Regulator was delighted to congratulate Woodside Arran CIC who won the Award for Young Social Entrepreneur: 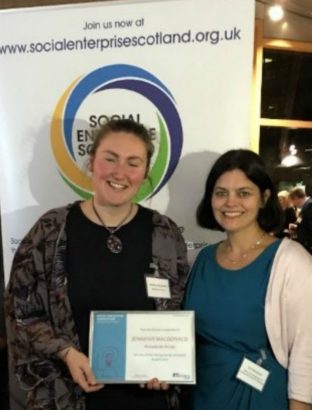 Many CICs chatted to the Regulator about their success following last year's nominations and awards. 2017 CIC achievements follow hot-on-the-heels of many CIC awards last year. Winners were:

Support for CICs and Social Enterprises

The Scottish Government recently launched a ten-year strategy to grow social enterprise in Scotland. Part of which, is continuing to recognise and celebrate the talent of Scotland’s social entrepreneurs.

Ms Constance MSP commended those that have reinvested profits into social and environmental missions and these include the tireless work of:

Government support and recognition of the value of community minded companies in every corner of Scotland is helping build a better economy and a fairer, more inclusive society. 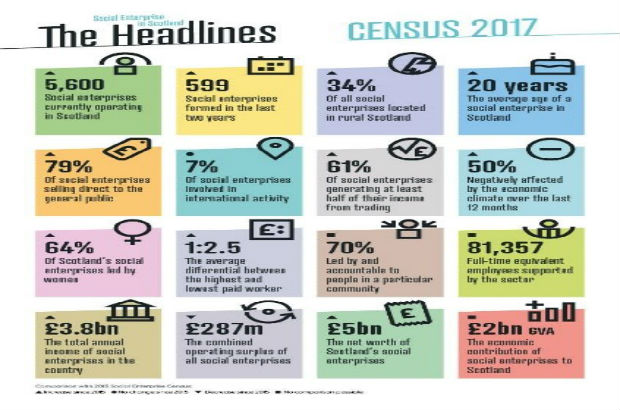 The Regulator was delighted to meet members of the Scottish Government and other regulatory bodies and looks forward to working more closely and inclusively with them on CIC policy and strategic matters going forward.

Scotland is also going to host next year’s ‘Social Enterprise World Forum’ which the Regulator looks forward to attending.

Winners of the SE Scotland Awards will now go forward to the National SE Awards held on 23rd of November in central London. The Regulator wishes all CICs nominated including:

and all other social enterprises the very best of luck and every success in the future.