Offering consumers informed choices about the kind of farms their milk comes from.

The Free Range Dairy Network was registered as a CIC in July 2014. Its social mission is to promote the value of milk and dairy products from traditional, pasture-based farms to benefit of farmers, cows and consumers.

Why we became a CIC

We chose to become a CIC because we

Operating as a CIC means we are able to build a sense of independence and trust that we could not establish as a corporate organisation. 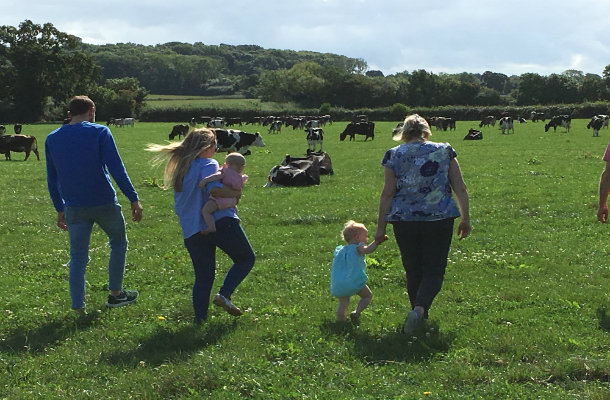 In the last 20 years, the growing demand for large volumes of cheap milk has led to more than 60% of UK dairy farmers quitting the industry. This has resulted in milk production consolidated into fewer, larger farms.

The CIC has around 60 farmer members, who work with independent dairy companies around the country to market ‘free range milk’, under the Pasture Promise logo.

In return for allowing their cows to graze in fields for at least 6 months a year, producers are rewarded with a premium for their milk.

In addition, other retailers like Booths in the north west of England now stock free range milk produced in the region and a growing number of coffee shops and independent outlets are switching to free range milk.

We do not buy or sell milk. Instead, we forge collaboration between milk producers and others in the supply chain and facilitate the development of local market opportunities for free range milk.

We are proud to support farmers in establishing new ventures to market their own milk direct from the farm.

A number of our members are now selling milk via vending machines at the farm gate, or delivering to local towns. Almost 600,000 litres of milk bearing the Pasture Promise logo is now sold every month.